Hixenbaugh Ancient Art Ltd is located at 235 East 60th Street in Manhattan. The gallery is dedicated to handling fine authentic antiquities.  All of the pieces we handle are legally acquired in complete accordance with US and international regulations and laws concerning the import and sale of ancient objects. We deal only in authentic pieces with minimal or no restoration. All objects sold by us are guaranteed genuine and as described.

The director, Randall A. Hixenbaugh, has been involved in ancient art and antiquities for over 25 years. He holds a Master's Degree in Classical Archaeology and has participated in a number of archaeological excavations of Roman and Punic sites in Tunisia Mr. He is a specialist in ancient Greek armor and is the author of "Ancient Greek Helmets: A Complete Guide and Catalog," (2019), the most exhaustive study ever produced on the subject. He is the former Editorial Assistant of Minerva Magazine, the International Review of Ancient Art and Archaeology. He is a member of the Archaeological Institute of America.  Mr. Hixenbaugh is also an accredited member of the Appraisers Association of America (AAA), and is qualified by the IRS to perform appraisals of antiquities for insurance valuation, estate valuation, and charitable donation.  Hixenbaugh Ancient Art Ltd is a member of the Art and Antique Dealers League of America (AADLA), the Confederation Internationale des Negociants en Oeuvres d'Art (CINOA), the Association of Dealers and Collectors of Ancient and Ethnogarphic Art (ADCAEA), and the International Association of Dealers in Ancient Art (IADAA) and abides by their strict rules and code of ethics.

Mr. Hixenbaugh has participated in a number of public discussions relating to matters associated with the antiquities trade. In March of 2016, he spoke at the Committee for Cultural Policy's panel at the Cardozo Law Firm in New York entitled, "Rethinking Antiquities: Restitution and Collecting in the Time of Isis." In May of 2016 he was invited to speak at the University of Chicago's Neubauer Collegium for Culture and Society conference as part of a panel of experts in a public discussion entitled, "Dealing with Heritage: New Policy Approaches," which sought to clarify the relationship between recent destruction of ancient cultural sites in the Near East and the international antiquities trade. In October of 2016, he spoke on a panel entitled, "A New Normal for Collecting Antiquities in a Post-Loot Culture," at TEFAF, New York. In all cases he advocated for responsible collecting and philanthropy as necessities to the long term preservation and study of ancient art. 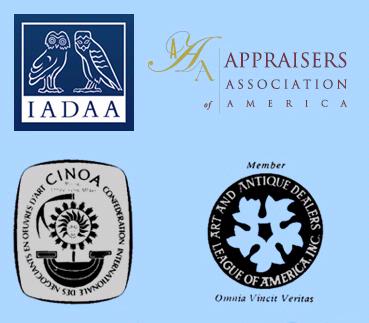 We specialize in building collections with our clients, whether they are private individuals or public institutions. Due to our in depth knowledge of the antiquities market and our presence at antiquity auctions worldwide, we are often able to locate particular pieces to complement any collection. Please feel free to contact us and let us know what you are trying to find.  We acquire pieces with a very discerning eye, and one can be assured of our integrity, expertise, and the value of the objects we handle.  We have sold antiquities to a number of prominent museums around the world including: the Royal Ontario Museum in Canada, the Museum of Ancient Cultures at Macquarie University in Sydney, Australia, the Cushing Memorial Library at Texas A&M University, the Ball State University Museum of Art, the Michael C. Carlos Museum at Emory University in Georgia, the Living Torah Museum in New York, the Royal Academy of History of Madrid in Spain, the Mougins Museum of Classical Art in France, and the August Kestner Museum in Hannover, Germany.

Authenticity is of paramount importance in collecting antiquities. Experience, education, and a solid library are the cornerstones one relies upon when attributing an ancient piece of artwork. There are two things to avoid when collecting antiquities - buying forgeries and buying illegally excavated material.

The first can be difficult. Many forgers are able copy and adapt pieces of well-known published types. But often they betray themselves by not paying close attention to the details and conventions of ancient craftsmanship as well as working in the proper material or medium. On the other hand, some forgers closely mimic ancient techniques but misunderstand or misinterpret ancient iconography or aesthetics. Still another group of fakes are those that were never meant to deceive. Pieces made during the height of the Egyptomania of the 19th century, or for the travelers of the Grand Tour, or in the excitement following the early excavations of Pompeii, Knossos, Etruria or sites in Mesoamerica. These pieces now are indeed antiques but not antiquities. Unfortunately pieces in all of these categories are sometimes passed on by unscrupulous or undereducated dealers and auctioneers. There are both a great number of genuine antiquities and a great number of fakes on the market at any given time. It is the intention of Hixenbaugh Ancient Art to place all objects under the highest level of scrutiny to ascertain their veracity and correct attribution.

All of the objects we handle have been legally acquired.  Most come from collections formed decades if not centuries ago.  When we purchase antiquities abroad, they are officially cleared and licensed for export.  Upon entry to the United States, they are again examined and cleared by US customs for import.  Because of the intense scrutiny that the antiquities trade is currently under, this level of due diligence is both time consuming and costly.  We employ lawyers, customs brokers, and other specialists both in the US and abroad in order to keep pace with constantly changing regulations.  We do not handle freshly excavated or illegally imported material, rather we specialize in fine quality antiquities with clear provenance.  In doing so we provide our clients with not only beautiful and thought provoking ancient artwork, but also responsible and sound investments.

With regard to ethics, the artifacts and artwork of the ancients have long been a subject of study and fascination. The Romans, themselves, were avid collectors of Egyptian and Greek art. During the Renaissance the collections formed by aristocratic antiquarians sparked academic interest in ancient civilizations which spawned a new scientific discipline - Archaeology. Through scientific excavations we have been able to verify ancient texts, establish chronologies and typologies, as well as reconstruct ancient monuments and social models. Although the American archaeological community often demonizes the trade in antiquities as encouraging the looting and destruction of ancient sites. The fact remains that international sanctions such as the UNESCO agreement have proved very effective in stopping the destruction of major archaeological sites. The material available on the market, though some of it is of the highest quality and rarity, is generally well represented in museum collections, and well understood and published.

Therefore, we believe responsible collecting should not only be tolerated, but encouraged, as collectors act as enthusiastic custodians of a great many objects that would otherwise be relegated to overcrowded storerooms or lost.  There is a true pleasure in acquiring, preserving, and cherishing the works of art that have managed to elude the destructive ravages of time and come down to us. These objects represent not only the physical manifestation of the manifold achievements of the ancients, but also the antecedents of all modern culture. The objects will undoubtedly out live those of us who collect them, but these collectors become links in a chain, preserving the past for future generations by passing them on to their heirs, reselling them to eager collectors, or donating them to museums. In doing so, the collector of ancient art reaps the many benefits of investing in truly unique and thought provoking objects that have come down to us from the ancient world, whose influences pervade every aspect of the modern world. 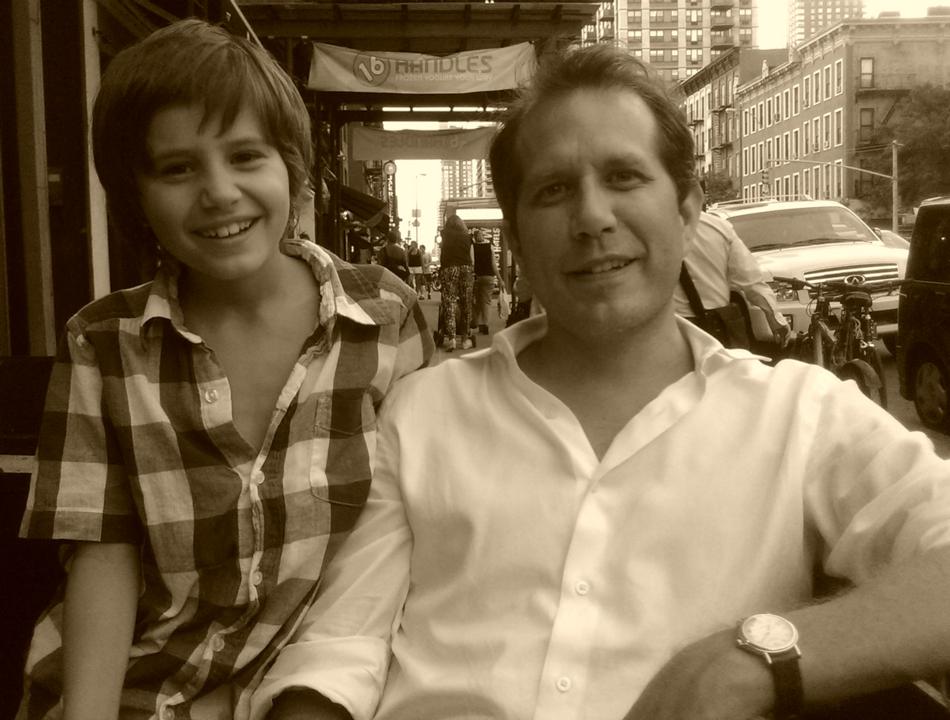 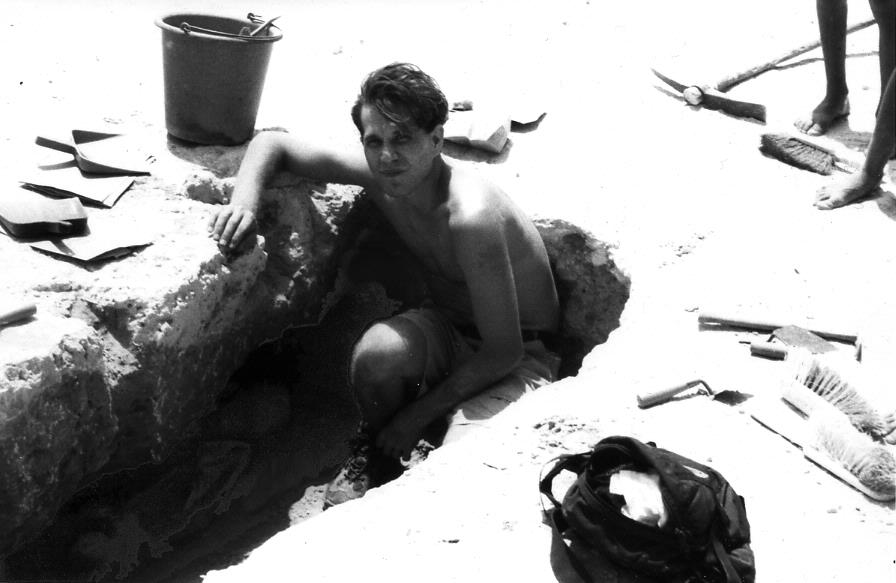 All pieces are unconditionally guaranteed authentic in perpetuity and have been legally acquired and imported in full accordance with U.S. and applicable foreign regulations regarding the movement and sale of antiquities.

All purchases include a signed description and guarantee of authenticity with a photograph.

All pieces are offered subject to prior sale.

Please inquire for availability or any other questions.